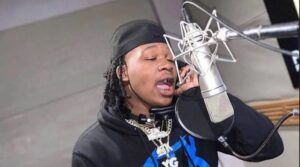 Who is Ksoo? This might be a question that comes up in your mind when it comes to the Jacksonville gangs and their rivalry. There are many budding rappers and musicians who hail from Jacksonville and Ksoo is one of them. Like most of the artists, he is also a part of a gang and many time get violent with the rival gang.

Ksoo was born on the 26th of July 1996 in a very violent neighborhood of Jacksonville, Melvin Park. His real name is Hakeem Robinson, information about his mother is not known but his father Abdul Robinson was also involved in gang affairs for more than a decade and has a great influence on the streets. He had two brothers one of them got killed in a gang shooting after which Ksoo started a war and marked the members of rival gang who are responsible for his brother’s death that which eventually paved a path for him toward prison. He and his brothers Willie Addison also known as Boss Goon and Abdul Robinson jr including his father are like a gangster family, of course, it has shaped his personality while growing up. 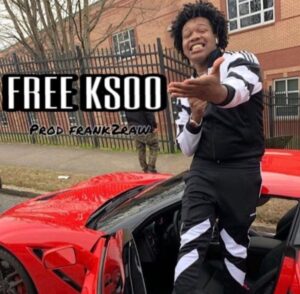 The story of Ksoo behind the jail and his father testifying against him started when his brother Willie Addison aka Boss Goon released from jail after 10 years of his sentence. After getting out of jail Ksoo and his family were celebrating in a strip club named paradise. That night when they came outside of the club and got inside their car, two three cars pulled alongside their car and shot at them multiple times. In this shooting, his brother got killed, and his father and cousin also got shot along with other people in the car.

Ksoo was not in the car. The death of Boss Goon triggered the deadly battle between the two gangs. Ksoo did not let it go easily and had his hit list of people who killed his brother and constantly mocked his death in their music videos.

First, he attacked the little brother of Julio Foolio from KTA his name was Adrian Gainer aka Little Bibby. He shot at him multiple times in the face and head which led to Bibby’s instant death. Next, he went after Charles McCormick aka Little Buck.

Ksoo gathered the information about his residence, followed him, and shot him multiple times in the parking lot of a shopping plaza in broad daylight in front of many people. After killing him, Ksoo and his two friends escaped from the site. However, one of his friends named Dominique got arrested for the murder of another innocent man and also testify against Ksoo which led to his arrest. Now he is in Duval County jail, waiting for his trial.