Here is the list of my top 3 bl anime which give me a rollercoaster ride of emotions. Get yourself ready to dive into the world of BL anime.

At first, I was quite reluctant and confused to add this anime to the BL category because it is an action-based anime. However, there are many instances where the affection and respect between the two main characters are shown. This anime is not easy to watch and it will leave you with a lingering feeling of sadness. This anime is based on the story of the main character Ash Lynx who is a seventeen-year-old street gang leader. Ash has a very dark and painful childhood. He was a former assassin and a child sex slave to Golzine who formed a huge criminal empire in his name. He pursues to find the truth about his brother’s death who uttered the words “banana fish” in his last moment. On this journey of his, he met with Eiji Nakamura. He is a Japanese student and an assistant to a Japanese photographer who came to New York to complete his report on street gangs. Ash and Eiji gradually became closer and, form a close and trustful bond along the way. 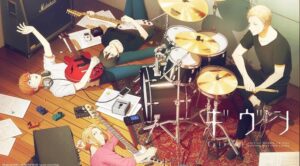 This is an anime that give the BL genre a fresh look. It is very heartwarming and deals with real emotions. I would recommend just watching this anime. The story revolves around the four main characters of the anime and is completed in two arcs. One arc is detailed about Ritsuka and Mafuyu’s growing relationship and the second arc is about Akihiko and Haruki’s complicated emotions. Ritsuka and Mafuyu both are high school students who started to know each other when Ritsuka helps Mafuyu in repairing his guitar’s broken string eventually their relationship grows with ups and downs of emotions and guilt. In the case of Akihiko and Haruki, Haruki has romantic feelings toward Akihiko which is a secret. Akihiko was in a relationship with the Ugetsu Murata and still continued to involve with him even after the breakup and also shares the apartment with him. Tension starts to build between to characters when Akihiko got kicked out of the apartment and tells Haruki that he is aware of his feelings. The third arc of the anime is about to come which will be based on the different characters shown in the anime. 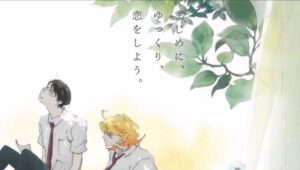 Classmate has a very different art style and a simple story of two high school students who study in an all-boys high school. The title of the anime in Japanese is Doukyusei which is literally translated as a classmate. This story does not have any drama or any love triangles still it is very unique and very pleasant to watch. Rihito Sajō and Hikaru Kusakabe are classmates who find each other when their whole class participated in a chorus song.  Rihito is an honors student who is reserved and very shy in nature whereas Hikaru is very open, outgoing, and carefree in nature. Hikaru saw Rihito struggling in a practice room alone so he decided to help him with his vocals and eventually they started to develop feelings for each other. Classmate is an adorable love story. If you like a subtle yet affecting love story then this anime is for you.