Saudi Arabia’s interest in joining BRICS (Brazil, Russia, India, China, and South Africa) is huge news all across the globe. It is so crucial that it will change the whole power dynamics of the world. The first time this news came out was when South African President Cyril Ramaphosa in conversation with a local radio station stated that the crown prince of Saudi Arabia is interested in joining the BRICS. As soon as this news came it became important information in every country. 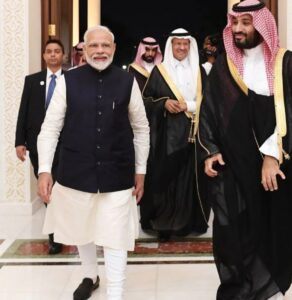 Saudia Arabia is a very powerful nation with an abundance of natural energy and is also an ally of the United States. The disagreement between the two countries started when the oil-producing OPEC nations decided to cut the production of oil by two million barrels per day from the November of this year.

In response to that, the President of the United States Joe Biden threaten Saudi Arabia by stating that they have to face serious consequences. President Biden also passed the no-pick bill to challenge the security of Saudi Arabia. In the past, the two countries made a deal which is known as an oil for security deal in which Saudi Arabia will only sell the oil in US dollars, and in return, the US will provide the security to Saudi Arabia. 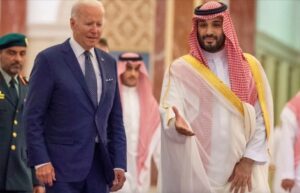 Due to this deal, every country in the world has to buy oil in US dollars which strengthen the US dollar and increase its value making America a rich and supreme power. Approximately Saudi Arabia gave the advantage of trillion dollars to America. Since Saudi Arabia recently applied to join the BRICS and if BRICS accepted its application then it will trigger a change in the dynamics of the world power and will end American dominance in the world. The power of the globe will shift towards the east.

It will be interesting to know what decision will BRICS made, how this alliance will work out and how it will affect the east and west.