Anime 2023: List of most popular and highly anticipated upcoming anime of 2023.

This is a full-action-packed anime series that quickly became popular among the anime community. The new season will definitely increase the popularity of anime and will reach new heights. The second season is guaranteed to air in January 2023. Previously the anime has 24 episodes and showed three arcs which are Touman Arc, Moebius Arc, and Valhalla Arc. This time the Tokyo revengers will cover the Christmas Showdown Arc also known as the Black Dragon Arc. More drama and intense fights and a gripping story awaits as toman will shine again in this new arc. 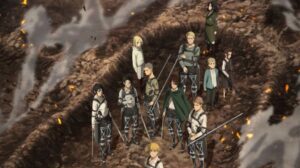 Attack on Titan needs no introduction. This is one of the most popular and iconic anime of all time and is finally coming to a close. The final part is expected to air in the early months of 2023. This show is running for the last 10 years and the fourth season which is the final season of the anime comes in three parts, this part is the final showdown which will conclude the anime. 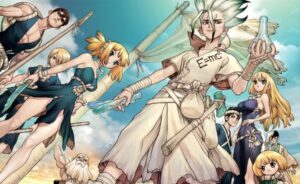 Dr. Stone is making a comeback now, it’s time to explore new things. This is the third season of the anime and will begin to air in the spring of 2023. Season 1 of the anime was first aired in 2019 named Dr. Stone and season 2 aired in 2021 named Dr. Stone: Stone Wars. In this season Dr. Stone who is a genius will explore the world with Senku and his friends and restore civilization. 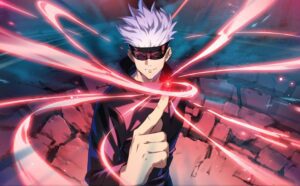 It is confirmed during an event that the second season of the Jujutsu Kaisen will release in 2023. The concept of the anime revolves around magic and cursed techniques, with friendly characters and interesting fights this anime rapidly topped the charts and became a favorite among anime lovers. This season will revolve around the Gojo’s past. It will cover the mission where Gojo and Geto will escort a Star Plasma Vessel to Tengen and it will also cover the Shibuya Incident Arc. No more spoilers further, sit tight till the new season drops. 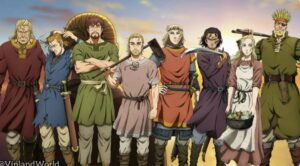 This action-adventure is one of the higher-ranking and best anime of recent times, It also received applause from the critics. The premiere date of the second season is 9th January 2023. In the previous season of the story, Thorfinn pursues a journey of revenge and gradually he started to discover himself, the story continued to be as engaging as before. It’s a story about redemption. 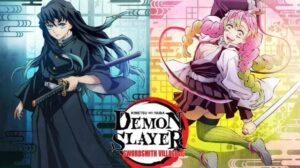 This is one of the most awaited anime of this year. Season 3 Demon Slayer: Swordsmith Village Arc is all set to be released on October 15, 2023. Right after the conclusion of the final episode of Demon Slayer: Entertainment District arc the trailer for season 3 was released in April 2022. The story revolves around an ordinary kind-hearted boy Tanjiro Kamado whose family has been slaughtered by ruthless demons luckily one of his sisters Nezuko survived but turned into a vicious demon. He pursues a long journey of finding a cure for his sister and fighting the cruel demons. 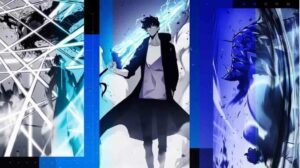 Finally, SoloLeveling getting its anime adaptation. It is the most sought Korean web novel which is based on a fictional world and characters like hunters where magic plays the main role. The story of solo leveling revolves around a hunter who is the weakest among all the hunters and gradually becomes the strongest of all. It is expected to release in the first half of the year 2023. A-1 Pictures will be handling its adaptation which is a huge studio and very well known for creating popular anime like Sword Art Online and Black Butler.